See this article in Bahasa Malaysia.

In Malaysia, 2 types of courts were established to solved employment-related disputes which are Labour Court and Industrial Court. So, what are the differences between these 2 courts? You are about to find out the details in this article!

Labour Court falls under the jurisdiction of the Labour Department of Malaysia under (Section 69) of the Employment Act 1955.

The dispute case can be started by either employees or employers/public/agencies with  conditions:

The process flow will be as follows:

2. The documents needed to claim including:

i. Name & the address of the claimant

ii. Name & address of the company

iv. Supporting document such as employment contract/payslip if available

3. The investigation will begin after receiving details of complaint.

4. If the complaint is justified, series of actions will be taken with notice of correction, prosecution or compound. The results of the investigation will be informed to the complainant.

5.  For cases proceeding prosecution phase will be started with a recording session of oath statement of the complainant's claim.

6. Determination of  the case's trial date.

7. Letter of summons to the complainant and summons will be sent to the defendant.

This court has jurisdiction to decide on employment dispute in accordance of the Industrial Relations Act 1967 with orders of reference from Minister of Human Resources.

The cases type which referred to Industrial Court are:

The claimant from Minister of Human Resources on:

i. Section 20(3) on Employment Dismissal

i. Section 56(1) on Non-Compliance of Award/Collective Agreement

The decision made by Industrial Court is final BUT, dissatisfied party may appeal in 2 methods via Judicial Review or appeal under (Section 33 A), Industrial Relationships Act 1967.

Judicial review can be defined as a process from High Court in exercising its supervisory jurisdiction over the proceeding/decisions of inferior courts, tribunals, other bodies/ persons who carry out quasi-judicial functions or who are charged with the performance of public acts and duties (Judicial Appointments Commission: Journal of the Malaysian Judiciary, July 2017).

The application for judicial review must be filed within 3 months from the date of the Industrial Court's Award.

An appeal against the Award is available in accordance of Section (33 A) of IRA, whereby a party can apply to refer a question of law arising out of an Award, to the High Court.

However, the appeal must be made to the Industrial Court within 30 days from the date the Award is made.

How to get the latest HR News & Updates?

We Seekers have been developing a free tool called SRS (Seekers Recruitment System), which you can receive latest HR News on the dashboard. 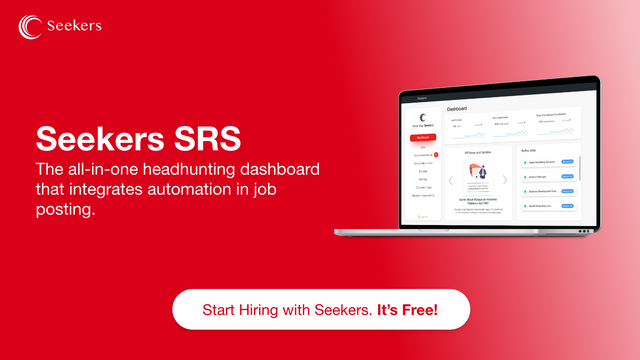 Some of the key features of Seekers SRS:

We hope our information helps, and SRS will assist in your future HR duties!

a month ago • 4 min read
Employer

No results for your search, please try with something else.